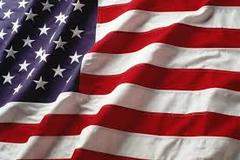 Lowrey was born June 27, 1936 in Durant, Oklahoma to Elzie and Bessie (King) Shook. He was raised in Durant, graduating around 1953. He was inducted into the United States Army Reserves on January 12, 1953. He transferred into the United States Army on July 3, 1957, proudly serving his country. He was honorably discharged on July 2, 1959. In 1961, Lowrey married Marie Anderson in Fredrick, Oklahoma. He enjoyed playing his banjo and cards, as well as watching crime dramas. Lowrey loved taking care of his acreage with his John Deere, and his cats, especially "Sally". He also enjoyed fishing, rebuilding windmills, and spending time with his family and friends.

Lowrey is preceded death by his parents and in infant daughter. He is survived by his wife, Marie Shook of the home; son, Erick Shook Jr. of Lexington; daughter, Angela Childress and husband, Robert of Purcell, Angela’s daughter, Tammy Coil and Robert’s children, Michael Childress, Elizabeth McNally, Timmy Childress and their mother, Pat Childress; siblings, Ronnie Shook and wife, Sue of Tulsa, Wendell Shook and wife Dianne of Oklahoma City; and numerous other relatives and friends.

To order memorial trees or send flowers to the family in memory of Lowrey Shook, please visit our flower store.