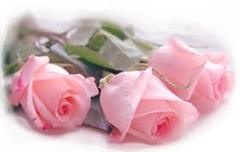 Cindy was born September 4, 1927 in Ratcliff, Arkansas to Edward and Nellie Mae (Mosley) Roden. She spent the first part of her life in Ratcliff, Arkansas before the family moved to Santa Paula, California. Cindy married Eugene Hollaway on July 30, 1949. They moved to Oklahoma in 1976, and eventually settling near Wayne. Cindy held many jobs over the years, lastly being over the Laundry at Wadley Care Center, retiring in February 2001. Cindy enjoyed spending time with her family and friends. She enjoyed going to Casinos, playing Bingo, working Jigsaw Puzzles, and working on her tablet and computer. She was of the Baptist faith.

To order memorial trees or send flowers to the family in memory of Lucinda "Cindy" Hollaway, please visit our flower store.