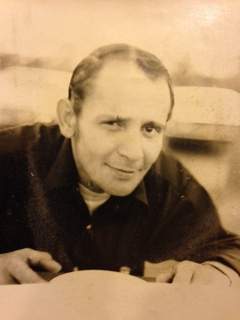 Lynn was born December 2, 1939 in Raiford, Oklahoma to Buel Henry and Dora May (Parker) Pendergraft. He was raised in Raiford, graduating from Putnam City High School in 1958. He was inducted into the United States Army on January 30, 1959, proudly serving his country. He was honorably discharged on September 21, 1964. On December 5, 1969, Lynn married Brenda Gayle Rose in Warr Acres, Oklahoma. Lynn was a charter member of Tulakes Baptist Church in Bethany. He enjoyed fishing, Sooner and Dallas Cowboy football and Louis L’Amour books. He was a Welder and Foreman until his retirement from WH Stewart Company, as well as an amateur carpenter. Lynn loved his family and spending time with them barbequing, playing poker. He was an ornery jokester that taught by example, and his family never questioned love with him.

To order memorial trees or send flowers to the family in memory of Lynn Pendergraft, please visit our flower store.