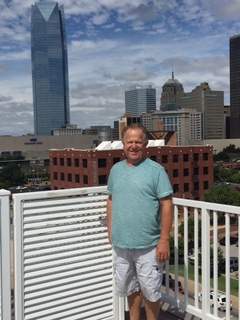 Martin was born on October 31, 1945 to William and Orrie (Ream) Nere in Everett, Washington. He was raised and attended Sunnyside High School in Sunnyside, Washington. In 1965, the family then moved to Enid, Oklahoma, where Martin met and married Karen Foote. Martin worked for Brother Carlie Foote, who taught him how to paint. In 1967, he went out on his own. The couple moved to Oklahoma City and had their first son, Marty. Then moved to Prosser, Washington and had their second son, Timothy. In 1997, they moved back to Oklahoma. Martin retired in 2003 from Painting. He loved cruising, doing yard work, going to flea markets, second hand stores and antique malls. Martin loved to buy new pickups every other year and watch football. He was a Seattle Sea Hawks and OU Sooners fan. Martin enjoyed collecting Coke memorabilia. Martin was a member of The General Assembly and Church of the First Born in Lexington, Oklahoma.

To order memorial trees or send flowers to the family in memory of Martin Nere, please visit our flower store.