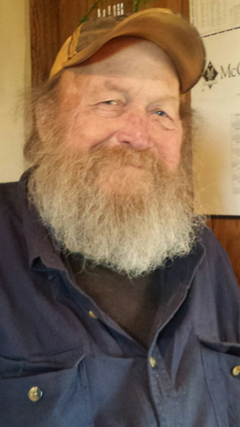 Marvin Hale died June 19, 2017 in Oklahoma City, Oklahoma at the age of 74 years 7 months 20 days. Gravesite services are scheduled for 10:00 AM, Thursday, June 22, 2017 at Wanette Cemetery, entrusted to the care of Wadley’s Funeral Service.

Marvin was born October 29, 1942 in Olten, Texas to Clyde and Rachel (Henry) Hale. As a child, Marvin’s father was a migratory harvester and the family moved around the country for work. In 1957 they moved back to Oklahoma from California and made their home in Macomb. Marvin graduated from Macomb high school around 1962. On November 13, 1963, he was inducted into the United States Army, serving in the 81st Infantry Paratroopers Path Finder Group. He was stationed in Germany, and was honorably discharged on October 25, 1966. On December 26, 1966 he married Barbara Stevens, and made their home in the Macomb area, but settled in Lexington in 1975. Marvin worked as an electrician for OEC and B&R Construction until he retired. After retirement, Marvin worked for 5K Tire for years. He loved hunting, fishing and camping, espectially in the Ouchita Mountains. Marvin was an outdoorsman and enjoyed taking care of his animals. He loved spending time with friends and family, especially his grandchildren and having bon fires.

To order memorial trees or send flowers to the family in memory of Marvin Hale, please visit our flower store.