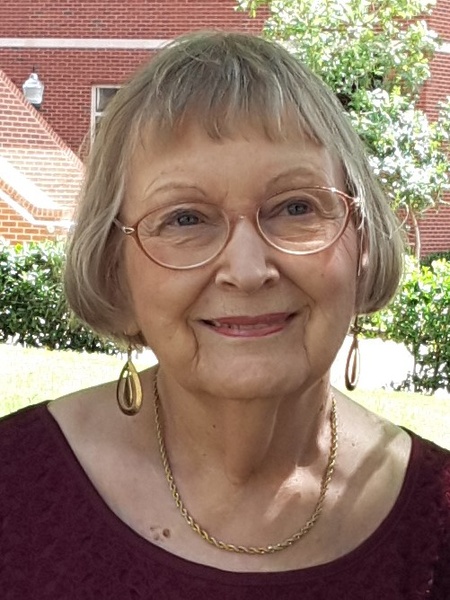 Melba Lou Ernst Roswurm, beloved wife, mother, grandmother, and great-grandmother passed away Thursday, April 5, 2018 in Goldsby at the age of 83 years 11 months 23 days. Memorial Services are scheduled for a later date, entrusted to the care of Wadley’s Funeral Service.

Melba was born April 13, 1934, in Emporia, Kansas to Howard L. "Dutch" Ernst and Elberta (Jones) Ernst. She attended school in Americus, graduating High School in 1952. Melba continued her education at Kansas State Teachers College in Emporia, Kansas, earning a B.S. in Business Education with a minor in Women’s Physical Education in 1956. She also served as vice president of Future Business Leaders of America. Her teaching career spanned over 30 years in Kansas, South Dakota, and Montana touching countless lives of young people. Melba married the love of her life, Claude Roswurn in 1954, and celebrated their sixty-third anniversary in 2017. Claude worked with the Bureau of Land Management, which took them from Kansas to Colorado, Wyoming, South Dakota and Montana. Upon retirement, they returned to Kansas in 1995. In August 2015, Melba and Claude relocated to Goldsby, Oklahoma to be near their son and his family. Always active in her community, Melba was baptized in the Americus Untied Methodist Church, where she served on various church committees. She was a past president of the United Methodist Women, and was also a church organist. Melba also served on the Amricus Chamber of Commerce, the Americus Township Library Board, and for many years, was actively involved in the organizing of Americus Days. A project near to her heart was seeing that each grave in the Americus Cemetery received a flower every Memorial Day. Melba was also a member of Alpha Delta Kappa international teacher’s sorority, serving as president in the Belle Fourche, South Dakota chapter, and was a co-founder of the Billings, Montana chapter. Melba was also active in P.E.O, serving as past president and a past chairman of P.E.O. council. Melba always enjoyed a spirited Red Hat luncheon. Melba devoted much of her adult life to service in the Order of Eastern Star. Over the years, she held membership in multiple chapters, including Lebanon Chapter No. 78, Belle Fourche, South Dakota; Mizpah Chpater No. 13, Dillon, Montana; Moss Agate Chapter No. 126, Billings, Montana; Americus Chapter No 315, Americus, Kansas; and Miriam Chapter No. 14, Emporia, Kansas. Upon relocation to Oklahoma, Melba attended Easter Star meetings in Washington, Purcell, Lexington and Norman. During her service in Eastern Star, she served on Grand Committees in South Dakota, Montana and Kansas. Melba was also Past Grand Representative of Washington in Montana, and of South Dakota, as well as Grand Representative of Oklahoma in Kansas. Additionally, Melba served as an officer in the Social Order of the Bauceant in Topeka, Kansas; Emporia, Kansas and Billings, Montana.

For all her activities and accomplishments, Melba’s greatest joy was her family. Dearly loved by her husband, children, grandchildren, and great grandchildren, Melba is survived by her husband, Claude of Goldsby, Oklahoma; daughter Nancy Ann Wistrand, husband Scott, and children Kyle and Hannah of Battleground, Washington; son Scot D. Roswurm, wife Jenni, and children Jake, Steve, and Katie of Goldsby, Oklahoma; Sam (Kate) Roswurm of Purcell, Oklahoma; Jesse (Amy) Roswurm, their son Adam and baby expected in June of Norman, Oklahoma; Seth (Bree) Roswurm, and sons Marcus and Justin of Norman, Oklahoma. Melba is also survived by her sister-in-law Barb Ernst of Americus, Kansas, and many nieces, nephews and great nieces and nephews. She was preceded in death by her parents, sister Frances Elva Rollins, brother-in-law Jack Rollins, and brother Leo Ernst.

To order memorial trees or send flowers to the family in memory of Melba Roswurm, please visit our flower store.