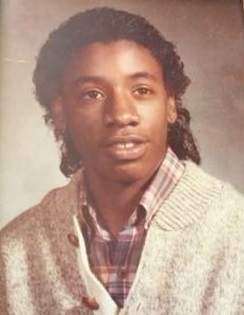 Michael Christopher Bullock departed this earthly life on September 5, 2021 in Oklahoma City, Oklahoma at the age of 54 years 9 months 13 days.  Graveside services will be held 10 AM, Saturday, September 11, 2021 at the Hillside Cemetery in Purcell, entrusted to the care of Wadley’s Funeral Service.

Michael was born November 23, 1966 in Oklahoma City, to Glen Buckner and Ruby Kathryn Bullock.  He was raised and attended school in Oklahoma City.  Michael had a great sense of humor, and could make anyone smile.  He liked nice clothes, and spending time with his girlfriend and her children.  He attended Brothers Keeper for awhile.

Michael is preceded in death by his parents, Glen Buckner and Ruby Bullock; his brothers, Rod Martin and John Buckner.  Survivors include his grandmother, Edna Bullock; his son, Brian Bray; his grandson, Hezekiah Bray; his girlfriend,  Julie Pace; his siblings, Cynthia, Angie, Glenda, Terrance, and Glen; and numerous other relatives and friends.


To order memorial trees or send flowers to the family in memory of Michael Bullock, please visit our flower store.