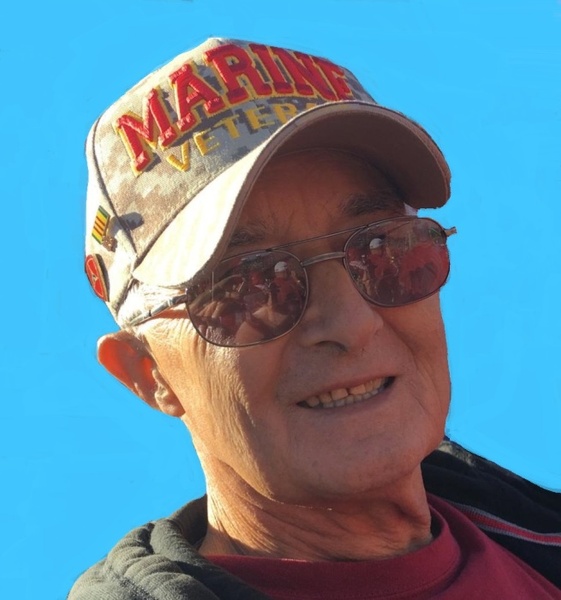 Michael Howard Crook died May 15, 2019 in Noble, at the age of 69 years 5 months 7 days. Memorial Services are scheduled for 10:00 AM, May 18, 2019 at Skyridge Free Will Baptist Church in Noble, Oklahoma, entrusted to the care of Wadley’s Funeral Service.

Michael was born December 8, 1949 in Eureka, California to Bobby Howard and Virginia Ruth (Dunkin) Crook. He was raised in Humboldt County, California, graduating from McKinleyville schools around 1968. Michael was inducted into the United States Marine Corps on June 26, 1967, serving 2 tours during Vietnam. He was honorably discharged on February 20, 1970. He worked many years building cabinets and other wood working. He owned and operated Trim Line Cabinets, a family business in Purcell for more than 30 years, with his parents and siblings, before his retirement. In 2002, he married Debbie Arms in Reno, Nevada. They made their home in the Noble area. Michael enjoyed fishing, hunting, traveling, and taking care of his 4 dogs. He loved spending time with his family and being a father. Michael was also a cattle rancher, a hard worker, who enjoyed taking care of his flower beds, and helping others. He was of the Baptist faith and a member of the Skyridge Free Will Baptist Church.

To order memorial trees or send flowers to the family in memory of Michael Crook, please visit our flower store.