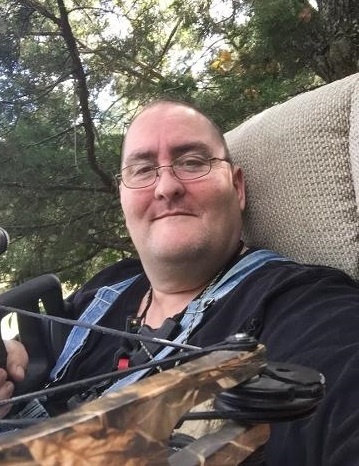 Michael Eugene Henderson died on May 18, 2022, in Lexington, Oklahoma at the age of 49 years 4 months 2 days.  Funeral services are scheduled for 10:00 AM, Monday, May 23, 2022, at the Wadley’s Funeral Chapel.  Interment will follow at Lexington Cemetery, entrusted to the care of Wadley’s Funeral Service.

Michael was born January 16, 1973, in Lexington, Oklahoma to William (Bill) and Mary Marie (Pruitt) Henderson.  He was baptized into the General Assembly Church of the First Born in July 1986 and was a graduate of the Lexington High School Class of 1991. On April 18, 1992, Michael married Nina Skinner in Lexington. Lovingly called “Moose”, he was described as one of the good guys. Michael loved the outdoors and enjoyed hunting and fishing whenever he could.  He worked as an Animal Control Officer for the City of Lexington and was known for singing Bluegrass and Gospel music, and for winning the Chili Cook Off 5 years running. Michael would help Nina with her quilting by keeping her machines in order and, for a time, helped his father sell cars at his car lot.  Above all he loved his family and spent time with them whenever he could.

To order memorial trees or send flowers to the family in memory of Michael Henderson, please visit our flower store.