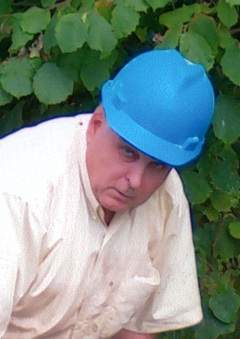 Milton was born May 15, 1944 to William Edgar, Sr. and Bonnie Lee (Gibson) Outlaw in Dermott, Arkansas. He was raised in Arkansas, graduating from school on May 18, 1962 in Watson, Arkansas. He continued his education at the University of Monticello, graduating in 1967 with a Bachelors of Arts degree. On June 22, 1971, Milton was baptized into the General Assembly and Church of the First Born in Pine Bluff, Arkansas. Milton worked at the DeWitt Shoe Company, Abco foods and the University of Oklahoma during his lifetime, as well as substitute teaching in Noble. Milton enjoyed learning and attended Hendricks College and Mericopa College later in life. On February 12, 1977 he married Rhonda Skinner in Louisburg, Missouri. They moved to Arizona for a few years before making Lexington their home. Milton loved traveling and visiting the brethren, usually with as many people as he could pack into his car like sardines. Every trip was an adventure with Milton. He loved the Lord and all of his time was spent in His service or studying the Bible. Milton also enjoyed gardening. If he grew a tomato and an ear of corn, he would invite everyone to a BYOF "bring your own fish" fish fry.   Milton tried to attend the annual school reunion and fish fry in Watson, Arkansas, as well as a family reunion every 8 years at a KOA campground.  He loved children, and spending time telling stories from the Bible. Milton also enjoyed sports, especially the Phoenix Suns, the Arkansas Razorbacks, and eventually OU.

To order memorial trees or send flowers to the family in memory of Milton Outlaw, please visit our flower store.