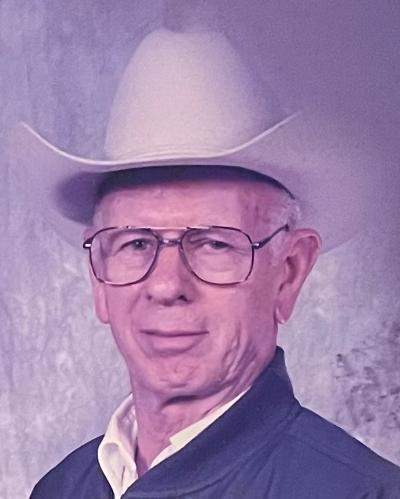 Paul was born March 10, 1935 in Norman, Oklahoma to Gene and Marie (Reynolds) Breedlove.  He was raised and attended school in the Norman/Moore  area.  On January 4, 1957,  Paul married Wanda Lou Keel in Moore, Oklahoma.  In July of that year,  Paul was inducted into the United States Navy.  He proudly served his country, and was honorably discharged  on June 30, 1961.  Paul and Wanda had made their home in Moore, Oklahoma for 40 years before moving to Maysville in 2008.   He worked as a mechanic, usually working on diesel engines, and then forklift motors, but  Paul could fix anything.  He loved playing the guitar, which he learned at the age of 10,  and continued to play daily throughout his life.  Paul loved music and played gospel and some secular songs.   He and Wanda loved to travel and go to gospel singings.   After the death of Wanda, Paul  married Judy Roberts in Wynnewood, Oklahoma.  They made Maysville their home, for the last 7 years.  Paul loved spending time with his family.  He was a beloved husband, father, grandfather and will be dearly missed by his family and friends.

To order memorial trees or send flowers to the family in memory of Paul Breedlove, please visit our flower store.