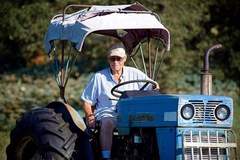 Paul Dean Castleman died April 3, 2017 at his home in Wanette, Oklahoma at the age of 80 years 1 month 24 days. Memorial Services are scheduled for 1:00 PM, Saturday, April 8, 2017 at the Wanette First Baptist Church with Brother Britt Lesley officiating, entrusted to the care of Wadley’s Funeral Service.

Paul was born February 9, 1937 between Maysville and Pauls Valley to William and Ida Belle (Adams) Castleman. He later moved to Casper, Wyoming, where he met the love of his life, Sharon Clark. On September 4, 1954, Paul and Sharon were married in Casper, Wyoming. They celebrated 62 long and happy years together. Paul worked in construction and in the oil field for many years in Wyoming, Colorado and Oklahoma. In 1974, after moving to Oklahoma, Paul enjoyed living on the farm where they raised cattle and hay. Paul and Sharon raised 4 daughters and 1 son, and are members of the First Baptist Church in Wanette, Oklahoma.

To order memorial trees or send flowers to the family in memory of Paul Castleman, please visit our flower store.