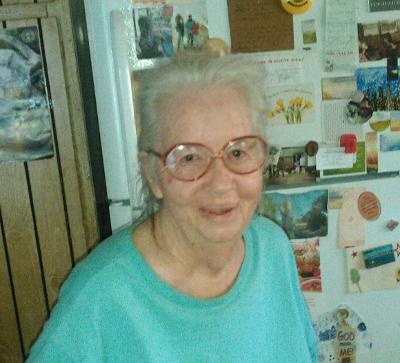 
Peggy Lou Butterfield died June 10, 2021 in Purcell at the age of 82 years 6 months 21 days.  Services are entrusted to the care of Wadley’s Funeral Service.

Peggy was born November 20, 1938 in Lexington, Oklahoma to Addison Ulysses and Dolly May (Van Winkle) Lairson.  She was raised and attended school in Lexington, Oklahoma.  In 1955 she married Grady T. Smith.  After they divorced, Peggy married Jim Butterfield in 1993, and were together until his passing in 1998.  Peggy worked as a Nurse Aide at Griffin Memorial Hospital, caring for the mentally ill.  She loved her job and helping others.  Peggy enjoyed gardening, crocheting and playing the guitar.

To order memorial trees or send flowers to the family in memory of Peggy Butterfield, please visit our flower store.