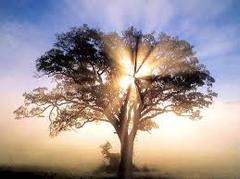 Pete Lewis Lindsey died February 6, 2017 in Ardmore at the age of 92 years 4 months 21 days. Gravesite services are scheduled for 3:00 PM, Friday, February 10, 2017 at Fairview Cemetery in Shawnee, Oklahoma, entrusted to the care of Wadley’s Funeral Service.

Pete was born September 15, 1924 in Paris, Texas to Pete and Flossie (Strickland) Lindsey. Pete was inducted into the United States Navy on July 21, 1943 and proudly served until his honorable discharge on April 27, 1946. He married Mattie Belle Baker in Wewoka, Oklahoma in 1968. They were together Mattie’s passing in 2013. Pete worked as a horse trainer for many years, and truly loved his work.

Pete is preceded in death by his parents, Pete and Flossie Lindsey; wife, Mattie Lindsey; 2 sisters; and 3 brothers. Survivors include his daughter, Cathy Lindsey; son, Pete Lindsey; 3 grandchildren; 7 great grandchildren; and many other relatives and friends.

To order memorial trees or send flowers to the family in memory of Pete Lindsey, please visit our flower store.