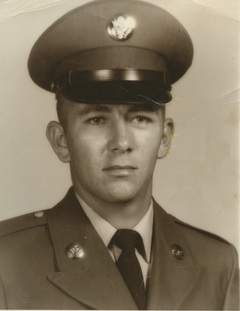 Richard Dean Stockdale died October 13, 2015 in Oklahoma City at the age of 70 years 6 months 14 days. Gravesite services are scheduled for 10:00 AM, Saturday, October 17, 2015 at Willow View Cemetery under the care of Wadley’s Funeral Service.

Richard was born March 30, 1945 to Alan Stockdale and Virginia Mae (MacArthur) Whitfield in Zanesville, Ohio. He was raised in the Lexington/Purcell area, graduating from Lexington in 1963. Richard was inducted into the United States Army on October 7, 1965, serving during Vietnam. He was honorably discharged on September 28, 1967. On December 20, 1966 Richard married Judy Dover in Purcell, Oklahoma. He worked as the Maintenance Superintendent at Joseph Harp Correctional Center until retiring around 1997. Richard enjoyed being the Drummer of a band, listening to music, fishing, and hunting. He also enjoyed spending time with his family, and his dogs.

To order memorial trees or send flowers to the family in memory of Richard Stockdale, please visit our flower store.