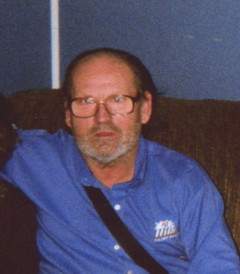 Richard Dewayne Thomas died Wednesday, August 12, 2015 in Edmond at the age of 54 years 5 months 26 days. Gravesite services are scheduled for 10:00 AM, Tuesday, August 18, 2015 at the Alex Cemetery under the care of Wadley’s Funeral Service.

Richard was born February 16, 1961 in Los Angeles, California to Ilas Thaniel and Beatrice Ellen (Sickler) Thomas. They moved to Paragould, Arkansas while Richard was very young. Richard married Barbara Thornburg in Paragould, Arkansas on August 20, 1996. He was a wonderful father, husband, and friend. Richard enjoyed working on cars, collection/cleaning parts for appliance for resale and going to dirt track races on the weekends. He was always helping and visiting with others, and enjoyed playing board games with his friends.

To order memorial trees or send flowers to the family in memory of Richard Thomas, please visit our flower store.