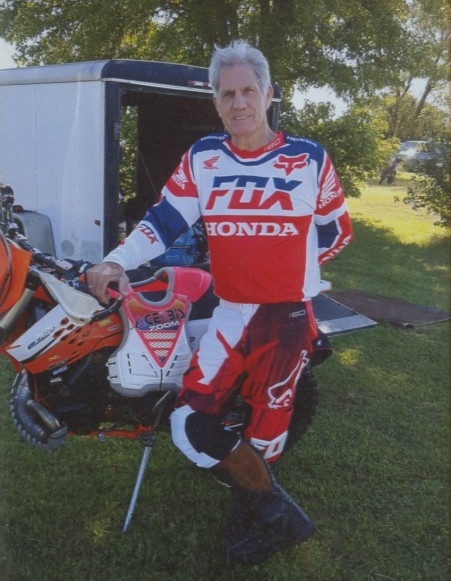 Richard Thornburg Sr. passed away June 10, 2022, in Lindsay, Oklahoma at the age of 77 years 3 months 8 days. To honor Richard’s wishes his children will not be holding any services or gatherings.

Richard was born in Phoenix, Arizona on March 2, 1945, to Dorothy Lee Thornburg and James Othur Thornburg. He grew up in Fort Smith, Arkansas and attended Bell Grove Schools. Richard met and married Sharon Anderson in 1966, and they lived in Bradley, Oklahoma for 29 years, where they raised their 3 children. Richard spent his time working rigging and welding, where his work gave him experiences from New York to California. Richard loved to go fishing.  His children remember him bringing “all the things” to cook the fish right there on the shore after they were caught.  Richards lifelong love was racing dirt bikes, and he enjoyed the time he spent at Pettijohns MX Track and Danitek Track and Trails. Richard spent many hours preparing the track, helping out, and riding.  Even though he had issues with his health, he continued to race dirt bikes because of all the pleasure it brought him. Richard raced in his final race in Hinton, OK at the age of 76 years old.  Richard's motocross family described him as “selfless, kind, hardworking man who always made a point to have a smile on his face. We could all use a little Richard in us. We are so thankful to know him and have him in our lives.”

To order memorial trees or send flowers to the family in memory of Richard Thornburg, Sr., please visit our flower store.