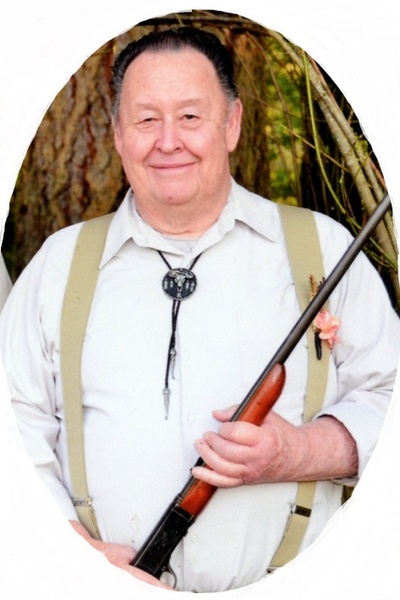 Richard Jesse Tyree died October 19, 2020 at his home east of Lexington, at the age of 81 years 2 months 2 days.  Funeral services are scheduled for 10:00 AM, Saturday, October 24, 2020 at Wadley’s Funeral Chapel.  Interment will follow at the Lexington Cemetery, entrusted to the care of Wadley’s Funeral Service.
Richard was born August 17, 1939 in Boise, Idaho to Jesse Clayborn and Golda Mae (Toles) Tyree.  In his early years, he was raised and attended school in Exeter, California, and then as a teen, he attended school in Farmville, California.  Richard served in the United States Army, and then in the Reserves.  On October 6, 1957, he was baptized into the General Assembly and Church of the First Born by Brother Dick Lewis, in Redding, California.  On January 1, 1962, Richard married Bonnie Dobbs in Hobbs, New Mexico.  Richard and Bonnie then moved to Tulare, California where Richard built Dairy Barns for many years.  He enjoyed traveling and visiting the brethern, reading and studying God’s word, and going to church.  In his spare time, he enjoyed flying airplanes, and taking the brethern out to a good steak house.  Richard was ornery, and he loved to joke and tease all those he cared for.
Richard is preceded in death by his parents, Jesse and Golda Mae Tyree; and his brothers, Dale McCoy and Leroy McCoy.  Richard is survived by his wife, Bonnie Tyree of the home; his son, David Tyree of Taloga, OK; his daughter, Sandra Bond and husband, Chris of Wanette, OK; his grandchildren, Amanda and husband, Wally, Amelia, CeCelia, Kayla and husband, Clay, Garrick and wife, Keturah, Dravin and wife, Chelsey, Kearstin and husband, Craig; his 12 great grandchildren; and numerous other relatives and friends.

To order memorial trees or send flowers to the family in memory of Richard Tyree, please visit our flower store.