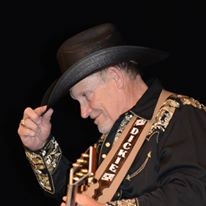 Dickie was born November 3, 1952 in Wichita Falls, Texas to Ralph Vernon and Joan (Songer) McCoy. He was raised in Valliant, Oklahoma and Maysville, Oklahoma, graduating in 1971 from Maysville. Dickie was inducted in the National Guard, and proudly served his country. On March 24, 1981, he married, Mona Scribner in Gainsville, Texas. Dickie has had many careers, including Chief of Police in Maysville and Lindsay, as well as all branches of law enforcement. He has also worked as a manager in business development in the oil field industry. Dickie’s passion was music. He was a Nashville song writer, with over 200 songs registered with BMI. Dickie loved spending time with his family and friends. He enjoyed watching drag racing.  Dickie was a fun guy, and of the Baptist faith.

To order memorial trees or send flowers to the family in memory of Richard "Dickie" McCoy, please visit our flower store.