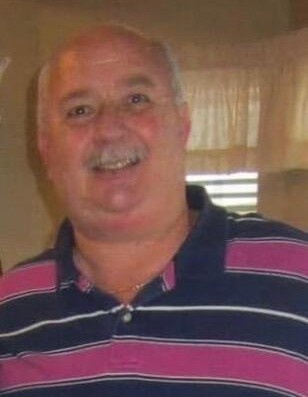 
Robert was born August 26, 1961, in the Sherman/Denison Texas area to Wheeler Dale and Martha Pearl (Allred) Wright.  He was raised in Lewisville, Texas, graduating in 1979. Robert worked many years as an Animal Cruelty Investigator for the City of Irving.  He loved animals and his work.  His highlights were when he would go to court, for those he investigated on animal cruelty.  Robert married Debra “Debbie” Nelson on March 10, 1990, in Irving Texas.  They recently relocated to Washington, Oklahoma.  Robert loved spending time with his family, especially his grandchildren.  He enjoyed coaching softball for his girls, 8 and under up to 18 and under teams, and loved watching and participating in rodeos.  Robert also loved to travel and go on cruises.


Robert is preceded in death by his parents, Wheeler and Martha Wright; his sister, Lisa Wright; and numerous aunts and uncles.  Survivors include his wife, Debbie; his children, Jessica Wright and Amanda Wright; his brothers, Mike Wright and wife, Missy of Washington, and Roger Wright of Kansas; his foster daughters, Julia Martinez and Alicia Martinez; his grandchildren, Jacob, Natalia, Ava, Leilani; his fur-baby, Skylar; and numerous other relatives and friends.

To order memorial trees or send flowers to the family in memory of Robert Wright, please visit our flower store.