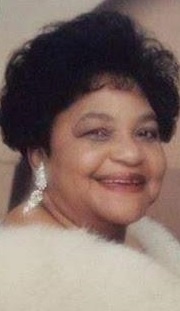 Roberta was born March 28, 1933, in Ada, Oklahoma to Theodore and Mary Elizabeth (Scott) Alford.  She was raised in Purcell by her grandmother, Izora Midgett.  On June 11, 1948, she married Esau Green in Purcell.  They moved to San Diego, where Roberta finished school.  She continued her education at Grossmont Vocational School for Nursing, graduating in 1966.  Roberta and Esau raised their family and fostered over a hundred children throughout their marriage.  They were married for 45 years before Esau’s passing in 2003.  Roberta loved her family and enjoyed her work as a pediatric nurse.  She was a caregiver in every aspect of life and took care of her grandmother when she became ill until her passing in 1972, and then when her mother became ill until her passing in 2001.  Roberta was a member of the Community Baptist Church in Norman, serving as Church Mother and wrote “Food for Thought” every week.  She was a member of the Order of Eastern Star, Ada B. Cleveland Chapter 71. Roberta enjoyed sewing, crocheting, cooking, reading, singing, traveling, and occasionally going to a casino.  Roberta enjoyed phone calls from her grandchildren every Sunday, and family members coming to visit her.

The family would like to say a special thank you to Nation of Islam for their support, to Roberta's nurses and caregivers at Norman Regional Hospital 3rd Floor for their love and care, and to Alma’s Flowers for their beautiful floral work.

To order memorial trees or send flowers to the family in memory of Roberta Green, please visit our flower store.