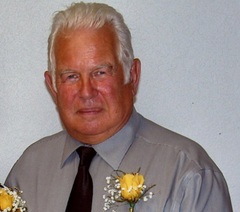 Bob was born March 11, 1944 in Oakland, California to Lee James and Florence (Castoe) Arnold. He was raised and attended school in California. Bob continued his education, taking classes at night. He worked for many years as a mechanic as well as a truck driver. On February 13, 1960, Bob was baptized into the General Assembly and Church of The First Born. He and Patty Byers were united in marriage on June 16, 1961 in Delta, Colorado. Bob enjoyed collecting antique cars and trucks, wood working, fishing, hunting and being outdoors. He loved spending time with his family, especially his grandchildren.

To order memorial trees or send flowers to the family in memory of Robert "Bob" Arnold, please visit our flower store.