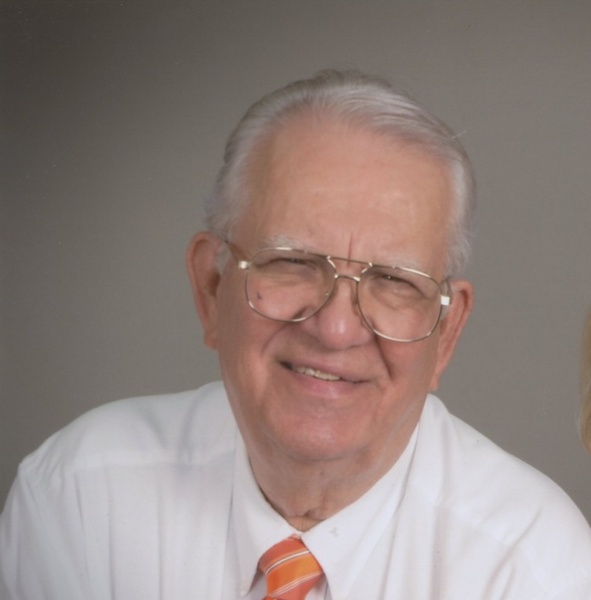 Ronald Eugene Coulter died August 16, 2021 in Norman, Oklahoma at the age of 82 years 6 months 5 days.  Funeral services are scheduled for 10:00 AM, Saturday, August 21, 2021 at the First Baptist Church in Lexington.  Interment will follow at the Lexington Cemetery, entrusted to the care of Wadley’s Funeral Service.

Ron was born February 11, 1939 in Anthony, Kansas to Willis “Paul” and Maxine (Elliott) Coulter.  He was raised in Wakita, Oklahoma graduating from school in 1957.  Ron received Jesus as his Savior and was baptized at age 10 in the Wakita Christian Church. While in high school, he was a member of the Future Farmers of America.  Ron enjoyed showing cattle and working on the family wheat farm.  He exhibited the champion Shorthorn heifer at the American Royal livestock show in 1956 and 1957.  Ron was awarded the State Farmer degree in 1957, served as a State FFA officer in 1958-1959, and was awarded the American Farmer Degree in 1960.  He continued his education at Oklahoma State A&M, which became Oklahoma State University while Ron was attending.  Ron was a member of Alpha Gamma Rho Fraternity and graduated with a Bachelors degree in Animal Science in 1961.  He was then inducted into the United States Army on October 15, 1961, proudly serving his country until his honorable discharge on July 31, 1963.  Ron and Shirley Giroux were united in marriage on August 16, 1974 in Lexington, and just celebrated 47 years of marriage.  They made their home in Noble.  Ron worked as the Cleveland County 4-H Extension Agent for 30 years, retiring in 1995.  Ron founded and led the Cleveland County spring Livestock Organization. He then served on the Cleveland County Fair board for numerous years and loved fall fair season. He enjoyed raising pigs, gardening, fishing and eating.  Ron was an avid OSU fan, and enjoyed watching and cheering on his Cowboys.  He loved spending time with his family and sharing his life goals and outlook with them with his witty sense of humor.  Ron was an active member of the Lexington First Baptist Church.

Ron is preceded in death by his parents, Paul and Maxine Coulter; his son, Bryan Scott Coulter; his infant sister, Beverly Coulter; his special aunt and uncle, Ida and Buck Coulter; his father-in-law, Donnie Giroux; and his brother-in-law, Jimmy Deskin.  Survivors include his wife, Shirley Coulter of the home; his son, Randy Coulter of Haskell, OK; his daughter, Robyn Blair and husband, Jeff of Noble, OK; his son, Nathan Coulter and wife, Stephanie of Valliant, OK; his daughter, Julie Enlow and husband, Josh of Sapulpa, OK.  He is also survived by his nine grandchildren, Carmen Coulter of Tuscon, AZ, Chad Coulter of Tulsa, OK, Weston Blair of Noble, OK, Lawson Coulter and  Landi Coulter, both of Valliant, OK, Alexis Enlow, Leo Enlow, Allie Enlow and Ainsley Enlow, all of Sapulpa, OK; his close cousin, Speedy Elliott of Pattonville, Tx; his mother-in-law, Doris Giroux of Lexington, OK; his sister-in-law, Donna Deskin of Lexington, OK; his two nephews, Jason Deskin and wife, Ashley of Goldsby, OK, and  Booger Deskin of Lexington; as well as numerous other relatives and friends.

In lieu of flowers, the family has asked that memorials be made in Ron’s memory to the Cleveland County 4H Foundation or to the Lexington First Baptist Church.

To order memorial trees or send flowers to the family in memory of Ronald Coulter, please visit our flower store.