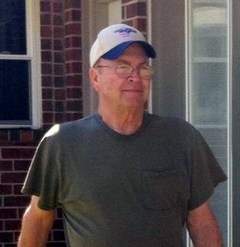 Ronald was born March 24, 1943 in Carnegie, Oklahoma to Harvey Dean and Evelyn Marie (Pulis) Dowdy. He was raised and graduated from school in Alfalfa. Ronald was inducted into the United States Army on October 8, 1960, proudly serving his country until his honorable discharge. Ronald married Pat Casey in Gainsville, Texas on August 13, 1976. Ronald was an Electrician and owned and operated Dowdy Electric for many years before retiring. He enjoyed spending time with his family, fishing and rattlesnake hunting. Ronald was a Mason and a member of the Washington Lodge. He loved working outdoors, helping others and spending time with his dog, Chole.

Ronald is preceded in death by his parents, Harvey and Evelyn Dowdy; and his uncle, Gene. Survivors include his wife, Pat of the home; daughter, Carrie Rainwater and husband, Duce of Newcastle; son, Ronnie Dean Dowdy of Newcastle; grandchildren, Brandon, Andrew, Kara and Kiley; sister, Joyce Dean Thompson and husband, Eddie of California; 102 year old aunt, Edna Dowdy of Cordell; and numerous other relatives and friends.

To order memorial trees or send flowers to the family in memory of Ronald "PaPa" Dowdy, please visit our flower store.