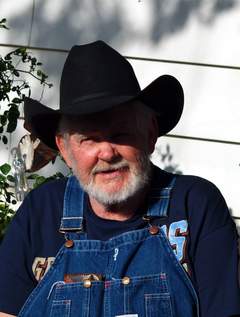 Roy Lee Baird died November 8, 2016 in Norman, Oklahoma at the age of 74 years 5 months 17 days. Memorial Services are scheduled for 11:00 AM, Monday, November 14, 2016 at Wadley’s Funeral Chapel entrusted to the care of Wadley’s Funeral Service.

Roy was born May 22, 1942 in Amarillo, Texas to Leroy and Regina (Herrmann) Baird. The couple moved their family of six boys and one girl to California, and eventually settled in Arizona. Roy met Pauline Rowe in Phoenix, Arizona in 1964. They were united in marriage on December 7, 1973, and would have celebrated their 43rd anniversary next month. Roy operated Baird Enterprises in Phoenix, a security and guard agency, and later worked as a long-haul truck driver. He worked also as a distribution manager for the Wall Street Journal. In 2006, they moved to Oklahoma, where Roy operated Bulldog Tire in Lexington and participated in local park and swaps. He enjoyed hunting, fishing, and most of all, making a deal on almost anything.

To order memorial trees or send flowers to the family in memory of Roy Baird, please visit our flower store.