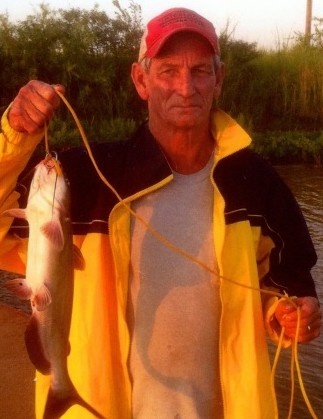 Roy Dale Woody died April 26, 2018 in Wayne, OK at the age of 72 years 3 months 28 days. Funeral Services are scheduled for 1:00 PM, Monday, April 30, 2018 at Springhill Free Will Baptist Church in Lexington, OK, entrusted to the care of Wadley’s Funeral Service.

Roy was born December 29, 1945 in Purcell, Oklahoma to Nub Toliver and Annie Jewel (Blalock) Woody. He was raised in Henderson, Texas graduating in 1966. He continued his education at Kilgore Junior College. He was inducted into the United States Army on August 16, 1966, proudly serving during Vietnam. He was honorably discharged on August 15, 1969. Roy later worked for Grand Telephone, retiring in 2008. He and Mandy Weigman were united in marriage on December 11, 2014 in Purcell, OK. Roy was a jack of all trades and could fix just about anything. He enjoyed hunting, fishing, and traveling to the lake. Roy loved riding his motorcycle, metal detecting, crochet blankets, and trying to find a bargain at garage sales.

To order memorial trees or send flowers to the family in memory of Roy Woody, please visit our flower store.