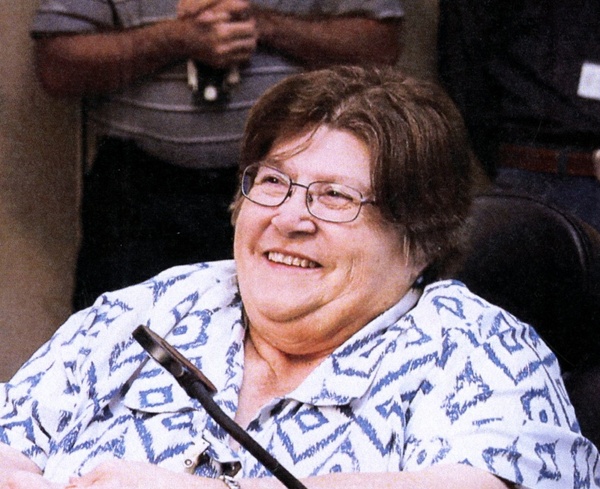 Sally was born October 19, 1954 in Fairview, Oklahoma to Irvin Dean and Elsie Edith (Hauschild) Abbott.  The family  moved to Purcell in 1967, where Sally graduated from high school in 1972.  Sally married Steve Camire on January 15, 2016 in Purcell, Oklahoma.  They made their home in Midwest City.  Sally loved OU sports, especially football, as well as the OKC Thunder.  In her younger years, Sally worked for Montgomery and Montgomery as a legal secretary, and also dispatched for the Purcell and Lindsay Police Department.  She then began her career with the State of Oklahoma Department of Agriculture, where she worked for over 35 years before retiring in 2019.  Sally also worked as a admissions clerk for the Purcell Municipal Hospital for a few years.  She was a hard worker and usually held two jobs.  Sally enjoyed playing cards, Yahtzee and traveling, as well as doing needle point.  She loved kids and Christmas was her favorite time of year.  Sally loved to bake and most often gave her baked goods as gifts.  Sally tried to keep up with her entire family, and was the goto person when a family member need information.

Sally is preceded in death by her parents, Dean and Edith Abbott; and uncles, David Hauschild and Jerry Abbott.  She is survived by her husband, Steve Camire; her stepson, Tyler Camire; her sister, Deana Slack and husband, Mike of Lindsay; her aunts, Norlene Walters and husband, Robert of Seiling, Patsy Davis of Amarita, and Betty Lorenz of Oklahoma City; her close cousins and their families, Nancy Lohman of Enid, Nieta Lohman of Aline, Renee Friddle of Yukon, Stephanie White of Rockwall, TX, Sandy Jackson of Canton, Allan Walters of Seiling, Jerry Walters of Mutual, Ray Walters of Seiling; and numerous other relatives and friends.

To order memorial trees or send flowers to the family in memory of Sally Camire, please visit our flower store.