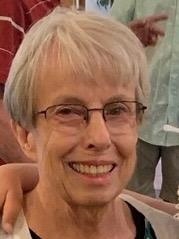 Sandra Sue Farley died September 9, 2019 in Purcell, Oklahoma at the age of 71 years 11 months 29 days. Funeral Services are scheduled for 2:00 PM, Thursday, September 12, 2019 at the Corbett Baptist Church. Interment will follow at Corbett Cemetery, entrusted to the care of Wadley’s Funeral Service.

Sandra was born September 11, 1947 in Fort Worth, Texas to Calvin and Marjorie Sue (Ramsey) Bennett. She spent her early childhood in Choctaw, moving in 1960 to Lexington, graduating from Lexington High School in 1965. Sandra continued her education at ECU in Ada where she earned her Bachelors degree. Some years later, she returned to ECU to earn her Master’s degree. Sandra worked as a 1st and 2nd grade teacher for the Purcell Schools for over 35 years, before retiring in 2012. She was a member of Corbett Baptist Church, and very active in Bible Study and Vacation Bible School. She enjoyed reading and spending time with her family and friends.

To order memorial trees or send flowers to the family in memory of Sandra Farley, please visit our flower store.