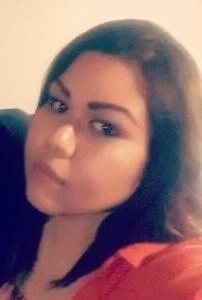 Sandra was born December 20, 1985, in La Joya, Torreon, Coahuila, Mexico to Ramiro Morales and Romelia Escobedo. She was raised in Mexico and came to the United States with her family in 1999. In 2015, Sandra married Roberto Flores in Purcell, Oklahoma. She was known as a good cook and a longtime employee of Jo’s Pizza. Sandra adored spending time with her family and had aspirations of one day entering the nursing field.

Sandra is preceded in death by her mother, Romelia Escobedo; her grandparents, Pablo Escobedo and Rosa Lara; and her uncle, Juan Jose Escobedo.

To order memorial trees or send flowers to the family in memory of Sandra Morales Escobedo, please visit our flower store.