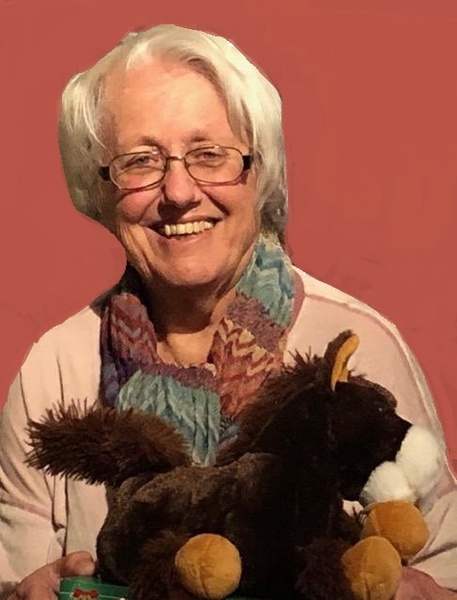 Sandra Kay "Sonnie" Olin passed away peacefully at home in Goldsby, Oklahoma, with her family by her side on Saturday, February 29, 2020, after a battle with Alzheimer’s. Funeral Services are scheduled for 4:00 PM, Thursday, March 5, 2020 at Wadley’s Funeral Chapel in Purcell. Interment is scheduled for 10:00 AM, Saturday, March 7, 2020 at Lawnhaven Memorial Garden in San Angelo, Texas.

Sonnie was born June 25, 1941 in Hawthorne, California to Weston "Dub" and Ruby Dell (Mills) Hill. She grew up on her grandfather’s farm in Erick, Oklahoma, where her love of horses began. She learned to ride farm work horses, and an occasional calf. She was raised in a Marine family in Camp Lejeune, NC, and moved to Tulsa, Oklahoma, where she attended Thomas Edison Jr/Sr/ High and Central High school, graduating in 1959. Sonnie continued her education at the University of Tulsa. She married her grade school sweetheart, R. Chris Olin on June 21, 1961 in Tulsa, Oklahoma. The couple moved to Midland, and then in 1974 to San Angelo, Texas. An avid horsewoman, Sonnie shared her knowledge and skill with both daughters. She helped them learn to train horses for Western Pleasure, Showmanship, trail and other events from a very young age. Sonnie was a leader in 4-H, and was employed by the Texas A&M University Research Center. During that time, she continued to assist her daughters through many aspects of 4-H, as well as high school. Sonnie and Chris were the "rocks" in their daughters lives. They attended every possible school, 4-H, and sporting event, often times being the sole parental representative of the entire team. Sonnie would write motivational poems and letters to share with team members and others prior to games and events. She was an exceptional writer, artist and played the piano. Sonnie’s love of animals and kids continued in 4-H through 1989, when they moved to Goldsby, Oklahoma. She brought her animals with her and continued to raise and show horses until the present time. Sonnie enjoyed her friends, and was active in her horse group, a bunco group, and working for several veterinarians at a clinic close to home. After a small stroke in 2010, Sonnie stopped working, but stayed engaged. She loved people, but due to her Alzheimer’s, it became more and more difficult for her to communicate. This frustrated her tremendously, and even though she could not say the words, we know that she continued to have that same love for her family, her friends, and of course, her animals.

In Lieu of flowers, memorial contributions may be made to the organizations listed below:

To order memorial trees or send flowers to the family in memory of Sandra "Sonnie" Olin, please visit our flower store.