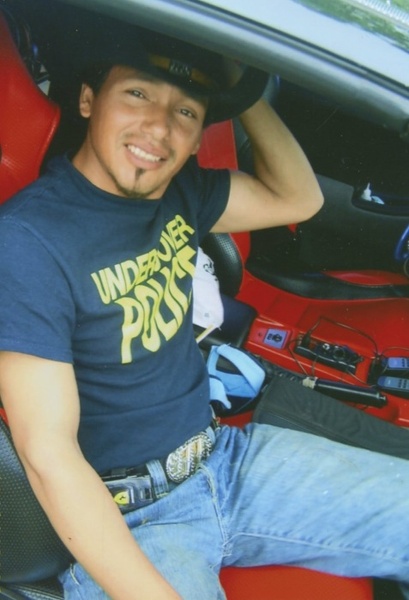 Sergio Trejo Resendiz died November 20, 2021 in Oklahoma City at the age of 46 years 1 month 12 days.  A Mass of Christian Burial is scheduled for 10:00 AM, Saturday, November 27,  2021 at Our Lady of Victory Catholic Church in Purcell, Oklahoma. Interment will follow at Hillside Cemetery in Purcell, entrusted to the care of Wadley’s Funeral Service.

Sergio was born October 8,1975 in Noxthey, Tasquillo, Hidalgo, Mexico to Francisco Trejo Saldana and Francisca Resendiz de Trejo. He was raised in Mexico and moved to the United States in the early 1990's. Sergio enjoyed spending time with his daughter, Genesis, who he adored. In his free time, he  enjoyed doing a variety things like painting, playing the drums, going to the lake, and shopping. He also loved sports cars, basketball, and listening to music. He was a good man, brother, son, and father. Sergio had a soft place in his heart for children. He was especially fond of his nieces and nephews, who lovingly referred to him as "Yeyo" and will miss him dearly.

Sergio is preceded in death by his father, Francisco Trejo Saldana; his grandfather, Victor Trejo Herrera; and his uncle, Diego Herrera Saldana.

To order memorial trees or send flowers to the family in memory of Sergio Trejo Resendiz, please visit our flower store.