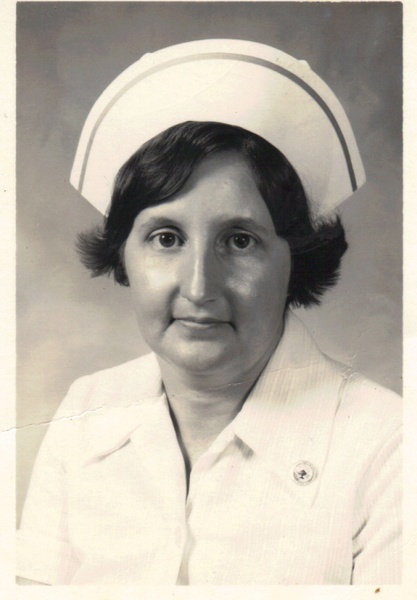 Sharon "Sherry" Carol (Mills) Davis died July 6, 2018 in Denison, Texas at the age of 71 years 6 months 7 days. Funeral services are scheduled for 2:00 PM, Wednesday, July11, 2018 at the Highbridge Baptist Church in the Highbridge Community with Reverend Larry Mays officiating. She will be buried at the Highbridge Cemetery, next to her son, with her grandsons and nephews serving as casket bearers. A family luncheon will start at noon in the fellowship hall of the church, with a viewing beginning at 1:00 PM in the church.

Sherry, the youngest child of Howard and Stella (Cameron) Mills was born in the Highbridge community near Wilburton, Oklahoma on December 30, 1946. She attended the rural school of Highbridge for her elementary years, and then graduated from Wilburton High School in 1965. Sherry married Norman J. Davis, Jr. on June 24,1965 in Poteau, Oklahoma, they were married for 53 years. She continued her education earning her Associates in Nursing in 1978, became licensed and went to work at McAlester Regional Hospital in the ICU, where she continued her work until she moved to Bonham, Texas in 1991. Sherry worked in the Hospital in Bonham, where she discovered that she loved working with the long term care patients, so she spent the rest of her working days in nursing homes in Bonham and Whitewright, Texas. She was an excellent loving nurse who treated all her patients like family. Sherry loved to sing, and as a little girl growing up, along with her mother and sisters, would sing together. She continued to sing with her sister Edna (Eddie) every chance they got, and many times over the phone. Sherry was a long standing member of the Highbridge Baptist Church before moving her membership to the Pilot Grove Baptist Church near Whitewright, Texas. She was diagnosed with Parkinson about six years ago, her husband, Norman, became her care taker. Sherry fought a long courageous battle until the very end. She was very much loved by her family, friends and the patients she cared for. Her life revolved around her home, her children, her husband, and her grandchildren. Sherry was selfless beyond belief, a friend to many, always willing to help anyone in need. She was a wonderful wife, mother, and loving Nonnie to her grandchildren. Throughout her illness, she never lost her sense of humor, and continued to sing when she could, talk to her family, watch her favorite shows and give, Norman, Eddie, Michael and Jeremy a run for their money. Sherry enjoyed many talks with her brother Pete, who faithfully called almost every day. She loved her little community, where she ran the road, which were dirt and gravel, at the time she spent growing up there. Countless hours were spent on running between her home and Sue’s, Uncle John Boddy’s, Aunt Alta’s and many other relatives. Picking blackberries, huckleberries and hickory nuts were favorite past-times, as well as swimming at long hole. Sherry made it known to her family, that when her time came, she wanted to rest at home in Highbridge.

The family would like to extend heartfelt thanks to her doctors, nurses and staff at Texoma Medical Center in Denison, Texas; Guardian Hospice in Sherman, Texas and her primary care doctors and nurses at North East Medical Home Health for all the help and support during Sherry’s illness.

To order memorial trees or send flowers to the family in memory of Sharon "Sherry" Davis, please visit our flower store.