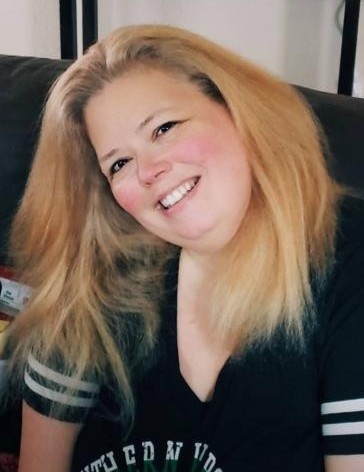 Sheila (She She) Marie Reidhead passed away peacefully in Norman, Saturday May 8, 2021.  Graveside services are scheduled for 10:00 AM, Saturday, May 15, 2021 at the Hillside Cemetery in Purcell, entrusted to the care of Wadley’s Funeral Service.

Sheila was born February 26, 1975 in Sacramento, California, to Carol Roy and Linda Susan (Farmer) Dobbs.  She graduated in 1993 from Reno High School in Reno, NV.  In 2003 Sheila received her BS in History from the University of Nevada Reno.  While serving a mission for the Church of Jesus Christ of Latter-Day Saints in Pittsburg, Pennsylvania from 1996 to 1997, she met her future husband. On June 30, 1997, Sheila married JJ (John Wade) Reidhead Jr., later being sealed on July 11, 1998 in the Mesa, Arizona Temple.  Together they had three daughters.  Before beginning her career as a homemaker, Sheila served in a variety of management positions. As a member of the Church of Jesus Christ of Latter-Day Saints, she served faithfully in callings such as Relief Society President, Seminary Teacher, and Young Womens President.  Her love for the young women was obvious, stemming from the love of raising three daughters.  Sheila’s proudest achievement was that of a wife and mother. From the time her first child was born to the end of her life,  she was devoted to the service of her family.  In her later years, Sheila battled a variety of health issues; however, she never let it affect her willingness to serve and uplift all around her. Sheila’s light was bright and she never failed to give her radiant beams to all who crossed her path. With her loud laugh, inability to whisper, and attractive personality, Sheila will be dearly missed. All who knew her agree, that the world lost an Angel, but God gained a worker.

To order memorial trees or send flowers to the family in memory of Sheila Reidhead, please visit our flower store.