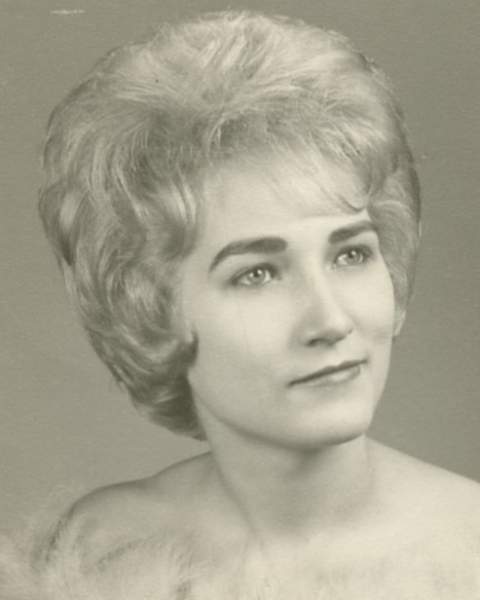 Shirley was born September 25, 1939, in Oklahoma City, Oklahoma to John and Bernice (Johnson) Palmer.  She was raised in Oklahoma City, graduating from Capitol Hill around 1957.  She married Bobby Jackson in the 1960's.  They moved to Purcell in 1971 and owned Jackson Trucking Company.  Shirley and Bobby raised a family, farmed, raised horses, and enjoyed bowling. They were members of a bowling league and enjoyed playing cards and riding motorcycles.  Shirley enjoyed cooking, collecting a variety of dolls, doing leather work and various arts and crafts.  She also enjoyed crocheting, quilting, watching Wheel Of Fortune and spending time with her family.  Shirley moved to Rattan, Oklahoma for a few years before moving back to Purcell.

Shirley is preceded in death by her parents, John and Bernice Palmer; and her husband, Bobby Jackson.  Survivors include her sons, Bobby Jackson Jr. and wife, Tamera; Michael Don Jackson; her grandchildren, Dallas Jackson and wife, Karlie, Dakota Jackson and wife, Kennedy; her great grandchildren, Blakelie, Jaylee, Laiken; her siblings, Carol Conser, James Crenshaw, and Ronnie Palmer; and numerous other relatives and friends.

To order memorial trees or send flowers to the family in memory of Shirley June Jackson, please visit our flower store.