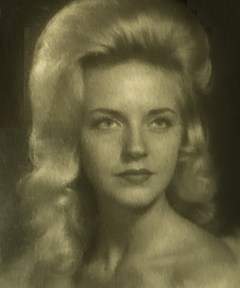 Shirley Anne Nichols died February 7, 2017 in Springfield, Tennessee at the age of 77 years 4 months 11 days.  Gravesite Funeral Services are scheuled for 8:30 AM, Friday, February 10, 2017 at Hillside Cemetery, entrusted to the care of Wadley's Funeral Service.

Shirley was born September 26, 1939 in Murray, Kentucky to Graham and Zona Mae (Bell) Pflueger. She was raised in Wichita Falls, Texas, graduating around 1957. Shirley later continued her education at Orlando Jr College. She worked as a legal secretary and was an honorary member of Tennessee Governor Ray Blanton’s staff. At age 11, she sang on the radio and at age 14, she sang for the Officer’s club in Lawton, Oklahoma. In her twenties, Shirley modeled professionally and did TV commercials. Later she sang on cruise ships and for supper clubs. Her hobbies and interests included horseback riding and barrel racing in area rodeos. She taught Ballroom dancing and owned 2 studios. She retired as a business auditor after many years. She was a member of the Church of Christ.

To order memorial trees or send flowers to the family in memory of Shirley Nichols, please visit our flower store.