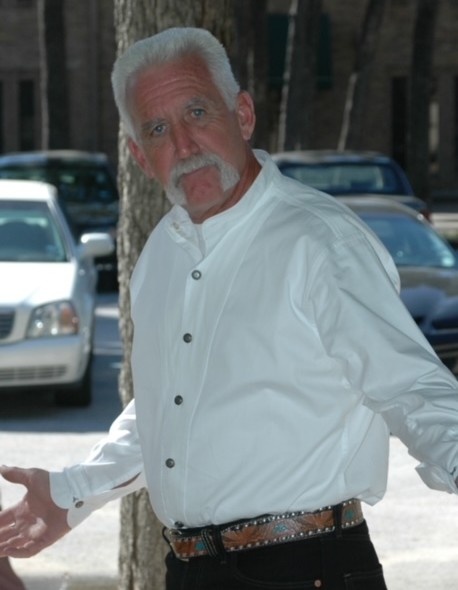 Stephen Jackson Young died October 14, 2020 in Lexington, Oklahoma at the age of 67 years 3 months 19 days.  Funeral Services are scheduled for 10:00 AM, Wednesday, October 21, 2020 at the Wadley’s Funeral Chapel in Purcell.  Interment will be at 2:00 PM, Friday, October 23, 2020 at the Brearley Cemetery in Dardanelle, Arkansas, entrusted to the care of Wadley’s Funeral Service.
Stephen was born June 26, 1953 in Dardanelle, Arkansas to Billy Gene and JeNelle (Jackson) Young.  He was raised with a military father, so the family moved from base to base.  Stephen graduated from Del City High School in 1972, and continued his education at Rose State College.  On November 16, 1974, he married Kathy Ann Chance at the Tinker Air Force Base.  Stephen worked many years as a Real Estate Broker before retiring in 2017.  He and Kathy made Lexington their home in the last 9 months, moving from Moore, Oklahoma.  Stephen enjoyed fishing, golfing, grilling, boating and riding his motorcycle.  He was very sentimental and enjoyed the Hallmark Channel, this was just to offset the ornery streak that everyone loved.  Stephen was also the tormentor of his family, especially his grandchildren.
Stephen is preceded in death by his parents, Billy Gene and JeNelle Young.  He is survived by his wife of  almost 46 years, Kathy Young; his daughters, Ashley Boren and husband, Aaron of Harrah, Amanda Haynes and husband, Daniel of Lexington; his son, Justin Young and wife, Heather of Mansfield, Texas; his 6 grandchildren,  Brianna, Austin, Kaiden, Tyler, Lane and Addyson; his 2 sisters, Elizabeth Ingram and husband, Richard of Moore, Heather Mellor of Moore; his mother in law, Betty Chance of Alva;  his sisters-in-law, Brenda Rhodes and husband, Warren of Ringwood, OK, Barbara Haltom of Moore; his brother-in-law, Joe Chance and wife, Rose of Alva; his best buddy, Junior, his dog; and numerous other relatives and friends.

To order memorial trees or send flowers to the family in memory of Stephen Young, please visit our flower store.