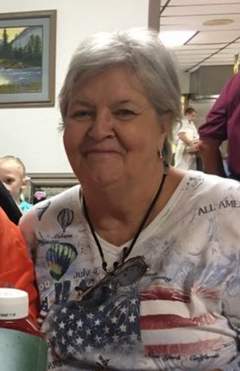 Sue was born on September 23, 1946 to Archie and Venice (Dunford) Hill in Princeton, West Virginia where she was raised, graduating in 1964. A few years after graduating high school, Sue married the love of her life and high school sweetheart Michael Ray Hurt in their hometown of Princeton. She attended college at Concord University in Athens, West Virginia where she obtained a BS in Vocational Economics, graduating in 1969. Shortly after graduating college, Sue and Mike moved to Tazwell, Virginia to start their journey together. In 1970 they moved to Stillwater, OK where Sue worked in the athletic department for OSU while Mike attended Veterinarian school. She was presented a PHT certificate when Mike graduated college, which stood for “Putting Hubby Through”. The certificate was presented to women who worked while their husbands attended college. Sue and Mike lived in Iowa for one year before moving to Purcell in 1975. They started a family and made Purcell their home. Sue was an educator of children. She was especially soft hearted for children who were picked on and bullied in school. Students would often come by her classroom to simply talk about their problems and ask for her advice. Sue worked for Purcell schools as a Home Economics teacher for years until she retired in 1994. Several years after retirement, when Face Book became popular, she was contacted by a former student who told her that because of the love and kindness that she had showed him he was able to spread the love to others by becoming a minister. This brought tears to her eyes and joy to her heart. Sue loved reading Cookbooks, Quilting, crocheting, and knitting. She was a member of Norman Area Quilt Guild, Demo Quilters, Thursday Stitchers, First Thursday Quilt Group, and Mother’s Club.
Sue is preceded in death by parents, Archie and Venice (Dunford) Hill; niece, Heather Marie Harrison; Brother-in-Law, David Harrison, and her faithful pet, Tanner.  Survivors include her husband, Michael Hurt, of the home; son, Christopher Hurt and wife, Deborah of Keller Texas; grandson, Justin Hurt of Wylie, Texas; sisters, Sandra Collins and husband, Chuck of Chesapeake, Ohio, Patricia Harrison of Princeton, West Virginia; brother-in-law, Dave Hurt and wife, Edith of Florida; nieces and nephews, Traci Hamb and husband, Ted, and their son, Evan of  Beckley, West Virginia, Mr. And Mrs. Bryan Hurt, and children, Carter and Griffin of Charlotte, North Carolina, Angie Mullins and children, Lauren Clower, Hunter Mullins, Alex Mullins, Hope Mullins, and Isabella Mullins of Charleston, West Virginia, and many other relatives and friends.
The family has asked that memorial contributions be made to The Oklahoma Medical Research Foundation.
To order memorial trees or send flowers to the family in memory of Susan Hurt, please visit our flower store.