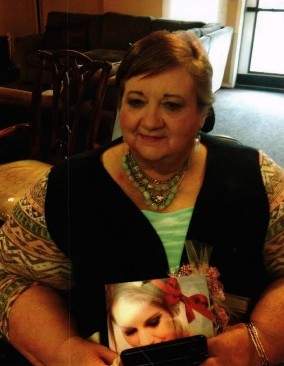 Theda Jean Bell died August 23, 2017 in Yukon, Oklahoma at the age of 72 years 11 months. Memorial services are scheduled for 10:00 AM, Saturday, September 2, 2017 at Wadley’s Funeral Chapel, entrusted to the care of Wadley’s Funeral Service.

Theda was born September 23, 1944 in Cushing, Oklahoma to James and Theda Marie (Overdear) Smith. She was raised in Oklahoma city, graduating from Crooked Oak High School around 1962. She worked as a Customer Service Rep for numerous companies over her lifetime. Theda married William "Bill" Bell on September 2, 1978 in Duncan, Oklahoma. She loved crafts of all types, sewing and crocheting. Theda loved spending time with her family, especially her grandchildren. She never met a stranger and served on the resident council at the assisted living center.

To order memorial trees or send flowers to the family in memory of Theda Bell, please visit our flower store.