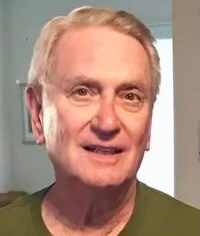 Thomas Eugene Scott died April 3, 2021 in Noble, Oklahoma at the age of 83 years 11 months 14 days.  Graveside services are scheduled for 1:00 PM, Friday, April 9, 2021 at the Noble IOOF Cemetery, entrusted to the care of Wadley’s Funeral Service.

Thomas was born April 20, 1937 in Shreveport, Louisiana to William and Virginia (Reinniger) Scott.  He  was raised in Louisiana, before the family moved to Illinois, and then, in the 4th grade, the family moved to Watonga, Oklahoma, where Thomas graduated in 1955.  Thomas was inducted into the United States Army on September 4, 1958, and proudly served until his honorable discharge on July 6, 1961.  Thomas continued his service in the Army National Guard until his honorable discharge on October 20, 1965.  He then continued his education with the University of Oklahoma, earning his Bachelors in 1971.  On July 8, 1976, he married Pamela Harp in Norman, Oklahoma.  Thomas loved classic cars and going to car shows and swap meets.  He was an Oklahoma Sooner fan, as well as the OKC Thunder.  Thomas enjoyed woodworking, tinkering and making things. Everyday at 3PM, Thomas could be found at Louie’s or O’Connell’s, and he loved spending time with his family.  Thomas was also a Mason and a member of Hampton-Noble Masonic Lodge.

To order memorial trees or send flowers to the family in memory of Thomas Scott, please visit our flower store.