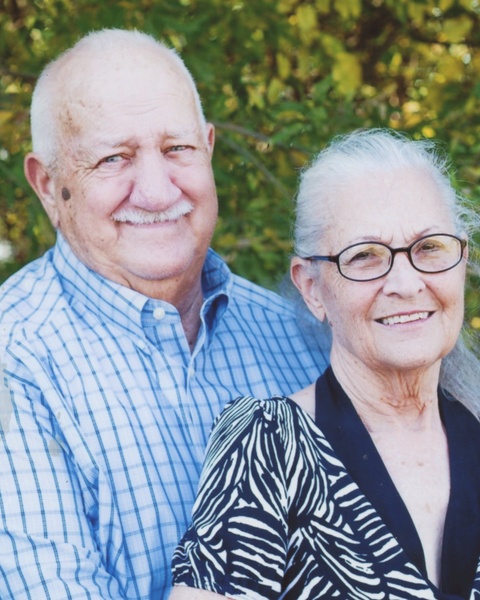 Tom was born July 23, 1941, in Kansas City, Missouri to Joseph Edward and Wilmina (Powell) Heck.  He was raised in Rolla, Missouri, graduating in 1959. Tom attended Rankin Training for HVAC from 1959 to 1961, and in 2020 returned as a Golden Graduate Alumni.  Jean was born October 21, 1944, in Coffeyville, Kansas to Harold and Helen (DeHaven) Perry. She was raised in Coffeyville, graduating in 1962.  Jean then attended Coffeyville Community College before transferring to Kansas State University, graduating in 1966 with her Bachelors.  Tom was inducted into the United States Marine Corps on December 30, 1963, and proudly served during Vietnam, being honorably discharged on December 7, 1967.  Tom was previously married for 9 years, then in 1975 married Jean, and have been together for 47 years. Together they raised or as Jean called it “reared” 6 children.  On April 25, 1977, Tom was inducted into the United States Army, and attended Helicopter Flight School.  He was discharged on December 16, 1978.  He transferred into the Army National Guard of Oklahoma, serving until his retirement as a Chief Warrant Officer 3 on October 1, 1990.  In 1984, Tom earned his BA in Science and Aviation from Southeastern Oklahoma State University in Durant.  Tom traveled 35 states and 7 countries during his lifetime. He and Jean loved camping, boating and traveling in the RV.  They were members of the Lighthouse Worship Center and were very active in their church.  After Toms retirement from the Military, he opened Quality RV repair, turning his hobby into a business.  Jean also enjoyed gardening, reading, crafting and art projects.  She could take junk and turn it into a treasure.  Family was important to both of them, and they enjoyed spending time with their grandchildren.  Tom never met a stranger, and “never let a lie get in the way of a good story.”

To order memorial trees or send flowers to the family in memory of Tom and Jean Heck, please visit our flower store.