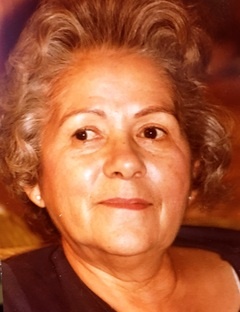 Velda was born February 11, 1924 in Oklahoma City, Oklahoma to George W. and Susie (Goins) Wallace. She started her schooling at the Chilocco Indian School in Ponca City, then moved to Oklahoma City to live with her sister, Ella Ruth Hall, graduating around 1942. Velda married Donald Graham in Fort Smith, Arkansas in 1952. They were married for 63 years. Velda loved painting, fishing, camping, traveling and making jewelry.

To order memorial trees or send flowers to the family in memory of Velda Graham, please visit our flower store.