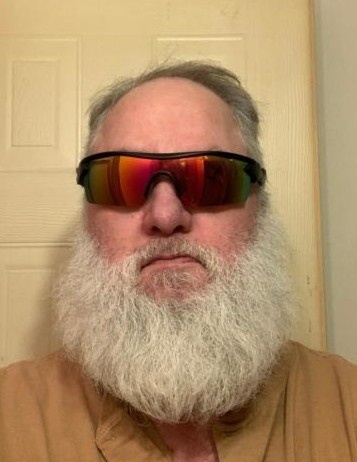 Vernon was born November 26, 1965 in Purcell, Oklahoma to John Vernon and Beverly (Lee) Walker. He was raised and attended school in Lexington, Oklahoma. Vernon worked as a roofer for many years, starting in the business with his father. He also worked as a butcher for a while, and loved working with game and other meats. He and Christene Mace became a couple in September 1998, and made it official on April 7, 2009. Vernon enjoyed hunting, Nascar, comedy shows, and wrestling. He loved helping others, spending time with his family, and taking care of his mom. Every night before Vernon would go to bed, he would call his mom to tell her "I Love You". He was often found watching wrestling with his stepfather, Rick Wooters. Vernon was a kind soul, gentle, always trying to help where he could, and was a member of a large online gaming community. He loved animals, making homemade pizza, hot sauce, peppers, and helping Beverly take care of the property.

Vernon is preceded in death by his father, John Vernon Walker; his stepfather, Rick Wooters; his grandparents, Betty and Gerald Lee and John and Ethel Walker. Survivors include his mother, Beverly Wooters; his wife, Christene Mace; his daughter, Kelsey Williams; his grandchildren, Piper and Ian; his grandmother in law, Francille Mace; numerous aunts, uncles, and other relatives and friends.

In lieu of flowers, the family has asked that memorial contributions be made to your local animal shelters, and that you call your mother.

To order memorial trees or send flowers to the family in memory of Vernon Walker, please visit our flower store.