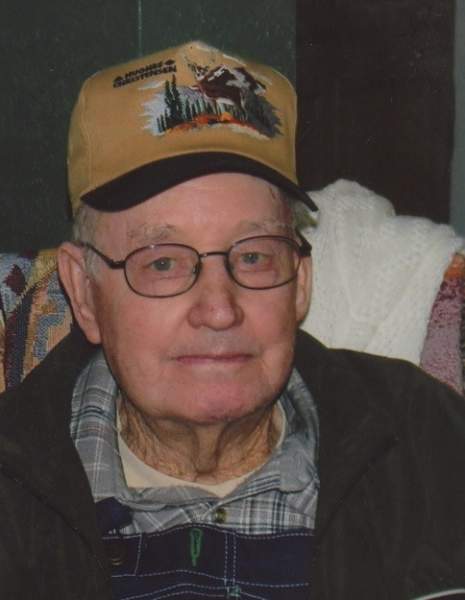 Vernon was born at home on December 13, 1929 east of Byars, Oklahoma. He was one of seven children born to Hershell and Faye (Wilson) Larman. Vernon grew up a farm boy living in Byars, Johnsonville, Trousdale and Wanette. Because he had to work on the farm, he only attended school through the 8th grade. Vernon was drafted into the US Army in 1951, and proudly served his country during the Korean Conflict. After being honorably discharged in 1953, he returned home and met the love of his life, Elaine Smith. Vernon and Elaine moved to California, where he worked as a farm and ranch hand. Together they raised four children, all born while in California, and shared 52 years of life together before Elaine passed in 2005. IN 1966, Vernon and his family returned to Oklahoma and he went to work for Anderson-Pritchette Oil Company (APCO). In 1978, he retired from APCO Oil and went to work for the Oklahoma Department of Transportation in Purcell. He retired in 1993 from McClain County ODOT after 15 years of service. Vernon was a family man and enjoyed spending time with his wife, children, brothers and sisters, his grandchildren and great-grandchildren. He enjoyed being outdoors, planting and working in his garden, as well as watching his grandchildren play sports.

To order memorial trees or send flowers to the family in memory of Vernon "Jiggs" Larman, please visit our flower store.