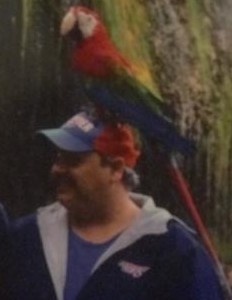 Victor David Solis died January 31, 2022, in Norman, Oklahoma at the age of 49 years 10 months 9 days.  A Mass of Christian Burial is scheduled for 10:00 AM, Thursday, February 10, 2022, at Sacred Heart Catholic Church in Nogales, Arizona, with interment to follow at the Nogales Cemetery.  Services were entrusted to locally, Wadley’s Funeral Service and in Nogales, Adair Carroon Mortuary.

Victor was born March 22, 1972, in Nogales, Arizona to Marco Antonio and Margarita (Bojorquez) Solis.  He was raised and attended school in Arizona.  On August 10, 1996, Victor married Cindy Tapia in Nogales.  The family relocated to Purcell, Oklahoma.  Victor worked in the parts department at the Chevrolet dealership in Purcell, and the last few years at David Stanley in Oklahoma City.  He loved to travel with his family and watching his son place sports.  Victor enjoyed hunting and fishing as well.  He was a hard worker, always holding 2 jobs, and was a dedicated husband and father.

To order memorial trees or send flowers to the family in memory of Victor Solis, please visit our flower store.