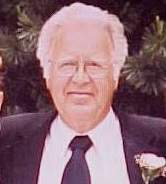 Waymon Lueon Drake died August 12, 2017 in Oklahoma City at the age of 76 years 10 months 25 days. Memorial Services are scheduled for 10:00 AM, Saturday, August 19, 2017 at Wadley’s Funeral Chapel entrusted to the care of Wadley’s Funeral Service.

Waymon was born September 18, 1940 in Calvin, Oklahoma to Franklin C. and Mary Lee (Howerton) Drake. He was raised and attended school all over the country, graduating from Purcell High School in 1959. He continued his education at Okmulgee (OSU) and the University of Oklahoma. On January 20, 1964, Waymon was inducted into the United States Navy. After serving for almost 4 years, he was honorably discharged on December 18, 1967. In 1970 he married Barbara Curtis in Florida. They had 2 children before Barbara’s passing in 1979. Waymon worked for NASA while living in Florida, and then in the Oilfield when he moved his family to Purcell. He enjoyed fishing, gambling and raising his 2 children. Waymon loved spending time with his family at the lake.

To order memorial trees or send flowers to the family in memory of Waymon Drake, please visit our flower store.