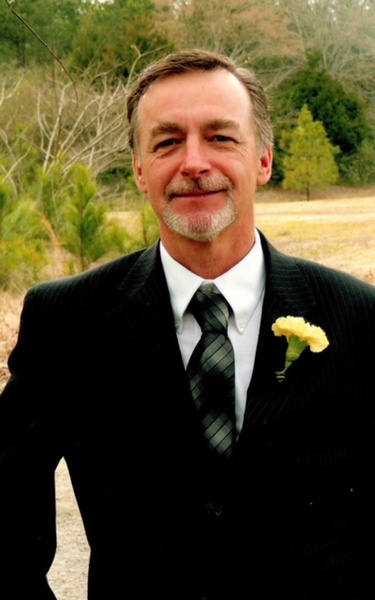 Wesley Leland Hamm, age 54 years 6 months 15 days, gained his white robe on Sunday morning, March 18, 2018 after a valiant battle with a long illness. Funeral services are scheduled for 2:00 PM, Thursday, March 22, 2018 at the General Assembly and Church of the Firstborn in Newcastle, Oklahoma. Interment will follow at Lexington Cemetery, entrusted to the care of Wadley’s Funeral Service.

Wesley was born September 3, 1963 in DeWitt, Arkansas to Alfred and Wilma Hamm. He was baptized May 25, 1979 into the General Assembly and Church of the Firstborn. He was ordained an elder in Tulare, California on March 18, 2001 and devoted his entire life to serving God. On April 17, 1982 he married his soul mate, LaRonda Floy Fisher, who he always called his "babydoll." They were blessed with six beautiful children; Tyler, Bradley, Bethany, Jessica, Autumn and Nicole. Wesley was a loving husband, father and papaw. From the time he became a father, he strove to instill faith in his children’s hearts. He spent hours reading the Bible and singing gospel music with his family. In his younger years, Wesley loved hunting and fishing. He was always a hard worker; even in his youth, he would help his father chop firewood. He took great pride in providing for his family. Wesley worked as a welder, an iron worker, and a truck driver for many years. In 2011, he founded Hamm Tank & Trucking, where he hauled many products in the oil and gas industry. It was a dream come true for Wesley to own and operate a business with his family by his side. But his true love and passion was his faith and serving the Lord. Wes took his family across the nation, visiting many different assemblies, and preaching the Word of God.

Wesley is preceded in death by his parents, Alfred and Wilma Hamm; his children, Tyler, Bradley and Jessica Hamm; and his sisters, Alfreda Meyers and Renae Outlaw. Survivors include his wife, LaRonda; his daughters, Bethany Ellenberg and husband, Craig, Autumn Hamm, and Nicole Barnes and husband, Daryle; his grandchildren, Evan, Collin, Aden and Noah Ellenberg, and a Barnes baby on the way; his siblings, Dalla Johnson, Trentice Hamm and wife, Becky, Hardy Hamm and wife, LaNita, Woody Ham and wife, Charlotte, Greg Hamm and wife, Maranda; as well as many nieces, nephews and other family and friends.

To order memorial trees or send flowers to the family in memory of Wesley Hamm, please visit our flower store.

General Assembly and Church of The First Born