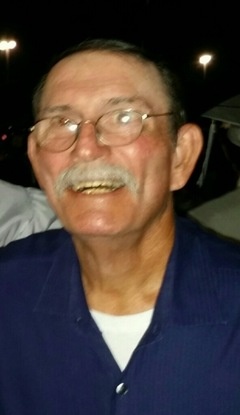 William Thomas Reynolds, Jr. died May 8, 2016 in Oklahoma City, Oklahoma with his Daughter and Son by his side, at the age of 71 years 2 months 29 days. Memorial Services will be scheduled at a later date under the care of Wadley’s Funeral Service, Inc.

William was born February 10, 1945 in Byars, Oklahoma to William Sr. and Sylvia Marteel (Gammel) Reynolds. He was raised and attended school in the Byars area. He was inducted into the United States Army and proudly served  his honorable discharge. William worked for the Oklahoma State of Corrections until his retirment.  He was an avid fisherman and enjoyed quail and dove hunting. He loved spending time with his family, especially his grandchildren.

William is preceded in death by his parents, and his uncle Major Sherwood F. Reynolds.  Survivors include his son, Erik Reynolds and wife, Penny of Carrollton, Texas; daughter, Shelly Elder and partner, Jason Gilmore of Farmers Branch, Texas; grandchildren, Allen T. Elder and Natalie Reynolds; sisters, Kay Wallace and Phyllis Donham and many other relatives and friends.

To order memorial trees or send flowers to the family in memory of William Reynolds, Jr., please visit our flower store.