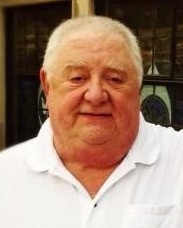 Rip was born February 14, 1945, to Lewis and Georgia (Sutherland) Van Winkle in Indianapolis, Indiana. Wishing to follow his father in military service, Rip joined the U.S. Navy in 1963 at the young age of 17. He boarded the U.S.S. Jose F. Valdez where he sailed along the coast of East Africa. On this journey Rip was able to see Travis National Park and Mt. Kilimanjaro among other beautiful places. While serving his country he obtained top security clearance while working as a communication technician. Rip lived in Japan for the last three years of his Navy career. In June of 1972 he retired as a 1st Class E6. After retiring from the navy Rip began his career with the U.S. Postal Service. He worked in Louisville, Kentucky from 1972 - 1982 before landing in Norman, Oklahoma. Here Rip met Norma Bray in April of 1983 and they married in July of the same year. Serving in several different capa cities he retired from federal service in 1992. Then returned to the U.S. Postal Training Center in Norman where Rip was an instructor from 1997 until he retired once again in 2012. In addition to teach, he loved building model airplanes, woodworking, leather tooling, jewelry making, needle point and cross stitch, and building wooden models. Rip loved to travel and was proud to have visited all 50 States. He was a member of MENSA, served as Lions Club President and was a representative for the Lions Club in Wyoming. He loved his dogs Missy, Andy, and Ladybug. Rip was a very accomplished man, but his greatest accomplishment was being a husband, father, and Paw Paw.

Rip is preceded in death by his parents Lewis and Georgia Van Winkle; his brother, John Clapp; and his daughter, Pamela Sue Harris; and his twin great grandsons, Braxton and Conner Van Winkle. Survivors include his loving wife of 39 years, Norma Van Winkle of Purcell; his children, Dana Beutel and husband, Rick of Underwood, IN, Beverly Whitler and husband, Kevin of Scottsburg, IN, Travis Hawkins and wife, Deniece of Wayne, OK, and Jenny Goodspeed and husband, David of Norman, OK.; his  grandchildren, Dylan and Dakota, Bethaney and William, Tyler and Courtney, Bradley, Aaron, Justin and Sheena, Joseph, Ryan and Jordan, Matthew, Braden, Ashlinn, and Rylee; his great grandchildren, Tyler, Caden, Carsen, Addyson, and Kinley; and numerous other relatives and friends who will miss him dearly.

To order memorial trees or send flowers to the family in memory of William "Rip" Lewis Van Winkle, please visit our flower store.