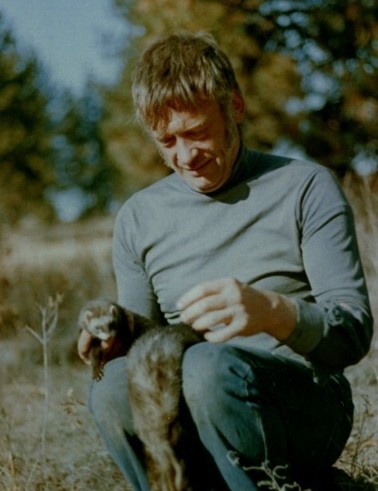 William "Bill" Robert Livingston died November 29, 2019 in Wanette, Oklahoma at the age of 81 years 9 months 12 days. A Wake is scheduled for 7:00 PM, Tuesday, December 3, 2019 at St. Mary’s Catholic Church in Wanette. A Mass of Christian Burial is scheduled for 10:00 AM, Wednesday, December 4, 2019 at St. Mary’s Catholic Church. Interment to follow at the Wanette Cemetery, entrusted to the care of Wadley’s Funeral Service.

Bill was born February 17, 1938 in San Bernardino, California to Robert Dean and Florence Elizabeth (Roddick) Livingston. He was raised in California, Texas and Washington state, graduating from school in Coulee Dam, Washington in 1955. On July 6, 1956, Bill was inducted into the United States Navy, proudly serving until his honorably discharge on June 5, 1958. He continued his education at Washington State University. On August 31, 1974, he married Bridget Lou Sanders in Las Vegas, NV. Bill worked as a Heavy Equipment Operator at Fairchild Air Force Base and Air Force Academy, retiring in 2000. They made their home in the Wanette area, 6 years ago, moving from Jacksonville, Arkansas. Bill enjoyed painting, woodworking, and was of the Catholic faith.

Bill is preceded in death by his parents, Robert and Florence Livingston. Survivors include his wife, Bridget of the home; daughters, Shayla Christine Alva of Ogden, UT, Diana Lynn Johnson and husband, Trav of Genola, UT; son, Laren Livingston and wife, Kari of Highland, UT; sister, Barbara Livingston of Medical Lake, WA; 19 grandchildren, 8 great grandchildren; brother in law, Tim Sanders and wife, Leann of Hauser, ID and many other relatives and friends.

To order memorial trees or send flowers to the family in memory of William "Bill" Livingston, please visit our flower store.