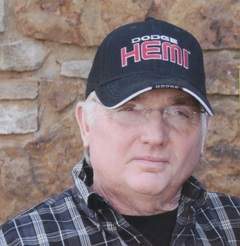 Bill was born April 6, 1949 in Ada, Oklahoma to Fred and Sadie (Miller) Teel. He was raised in Wayne, graduating in 1969. On August 18, 1970, Bill married Frances Faulkenberry in Wayne. He owned a gas station in Purcell for 18 years, before going to work for the City of Purcell. Bill worked at Hillside Cemetery as a care taker, then as a meter reader before his retirement. He also worked for Cline’s monument in Purcell. Bill loved to garden, fish, and going on camping trips, as well as listening to music and watching westerns. In his younger years, he enjoyed building cars and going to auto races. Bill loved spending time with his family, and was a member of Liberty Gospel Tabernacle.

To order memorial trees or send flowers to the family in memory of William "Bill" Teel, please visit our flower store.